DC Universe Online: Legends was a limited series published by DC Comics from February 2011 to May 2012.  It was an expansion of the story of the DC Universe Online MMORPG video game. The series was written by the game’s story co-writers Marv Wolfman and Tony Bedard with Tom Taylor writing issues 16 and 17.  It was a biweekly series that ran 26 issues.

Captain Atom first appears in the series in issue #22 as part of a multi-character splash page.  These images were all drawn by Howard Porter (pencils), Livesay (inks), and Rex Lokus (colors), with letters by Wes Abbott. 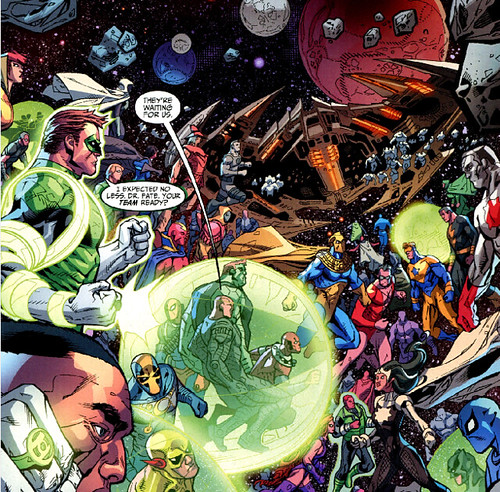 The next time we see Cap it is the final panel of issue 24.  Cap has been pushed off into the background. 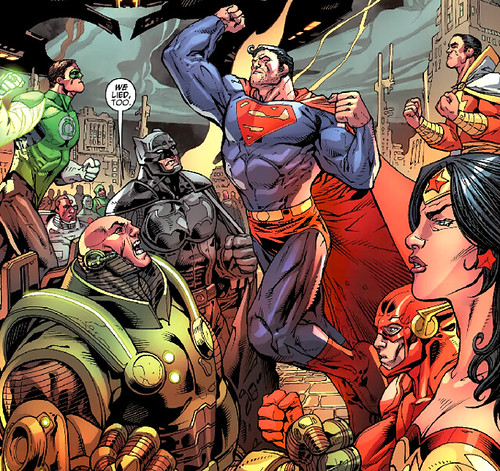 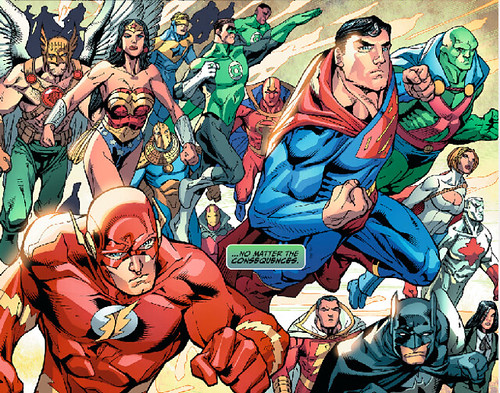 So, the DC Universe Online Captain Atom appears in these three issues but contributes nothing to the story.  Oh well, I suppose it’s better than nothing.