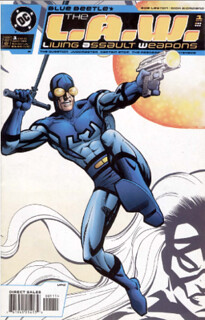 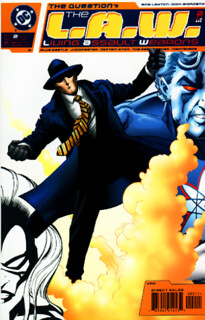 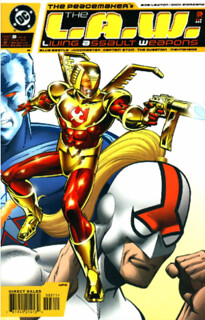 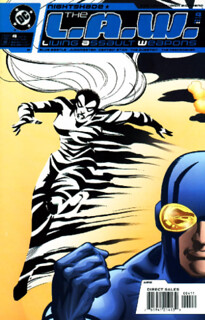 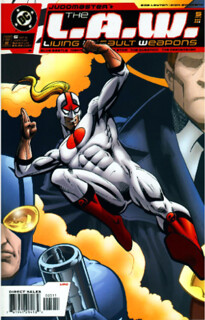 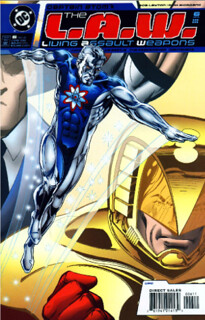 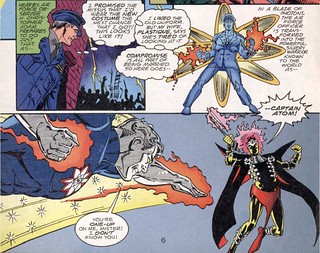 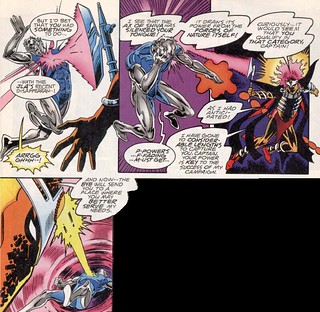 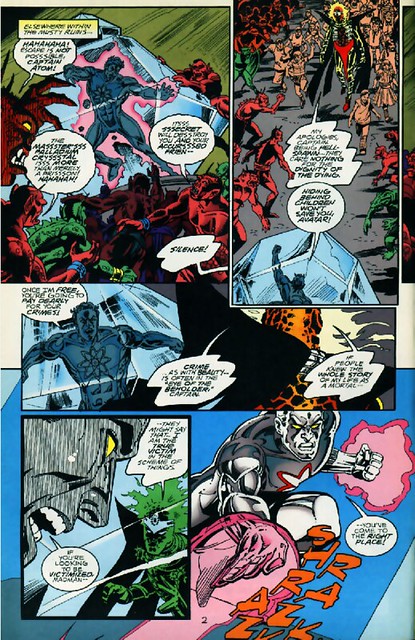 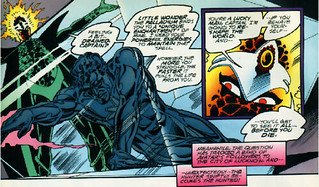 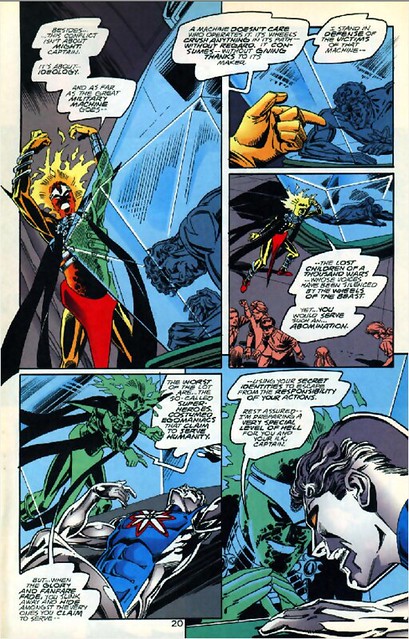 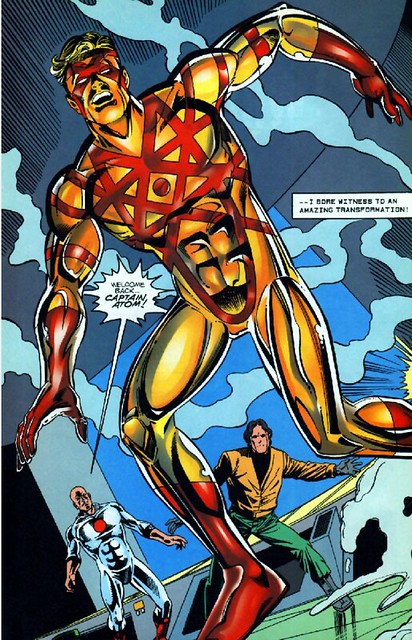 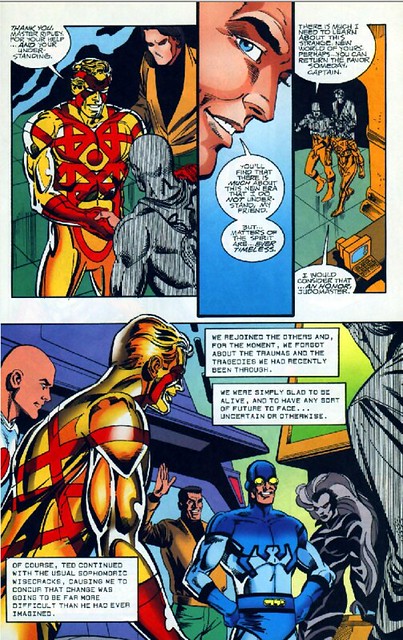 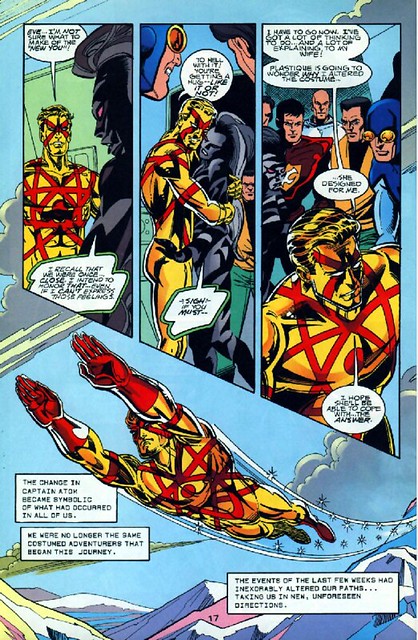 According to his tumblr page, George Kambadais is a freelance comic artist, illustrator, and co-creator of The Double Life Of Miranda Turner.  He has worked with DC comics (The Vampire Diaries), Image, IDW, Arcana Comics, and others.  He also writes fanfiction.  His tumblr is worth a look.

This Who’s Who type entry for The L.A.W. was written by Matt Brady, penciled by Dick Giordano, and inked by Bob Layton, with colors by Tom McCraw.

It lists the members of The L.A.W. (Judomaster, Captain Atom, Sarge Steel, Peacemaker, Blue Beetle, Nightshade, and the Question) as well as their individual first appearances.  Cap was rarely seen in this costume.  The text of this piece is printed below.

“When the mysterious Avatar, believed by his followers to be the reincarnation of the Hindu Destroyer God, begins a campaign of terror against the world’s space programs, Captain Atom is captured – unknowingly becoming a part of the Avatar’s master plan.  Ordered by the president to stop the crisis at all costs, Sarge Steel recruits Nightshade, Blue Beetle, and the mysterious new Peacemaker to stand against the Avatar and his forces, the Ravanans.  Coming at the crisis from different sides, Judomaster and the investigative reporter Vic Sage (secretly the faceless crimefighter known as the Question), team with Steel and the others against the Avatar and his forces.

Can these heroes, collectively known as the L.A.W. (Last American Warriors), stop the Avatar and find the missing Captain Atom before the end of the world?