In this episode of the Silver and Gold Podcast, Jay discusses the similarities between the origin of Captain Atom and the subject matter of the Peter Schilling song “Major Tom (Coming Home).” 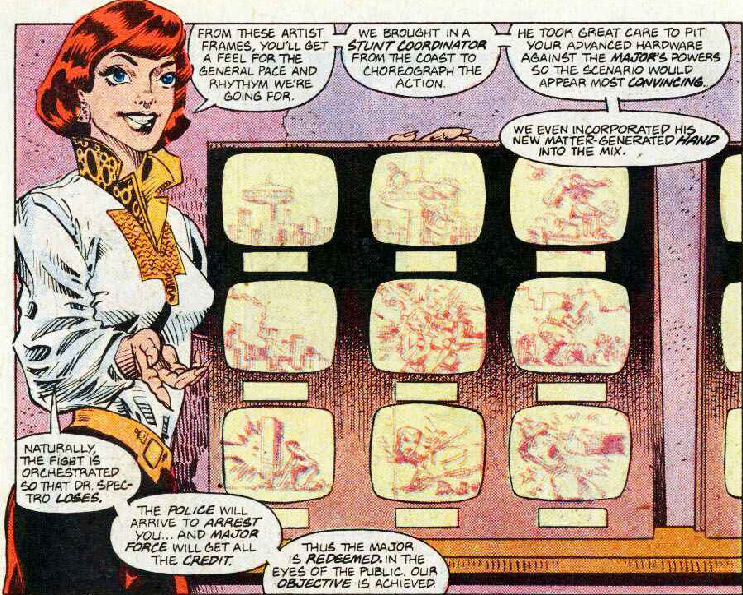 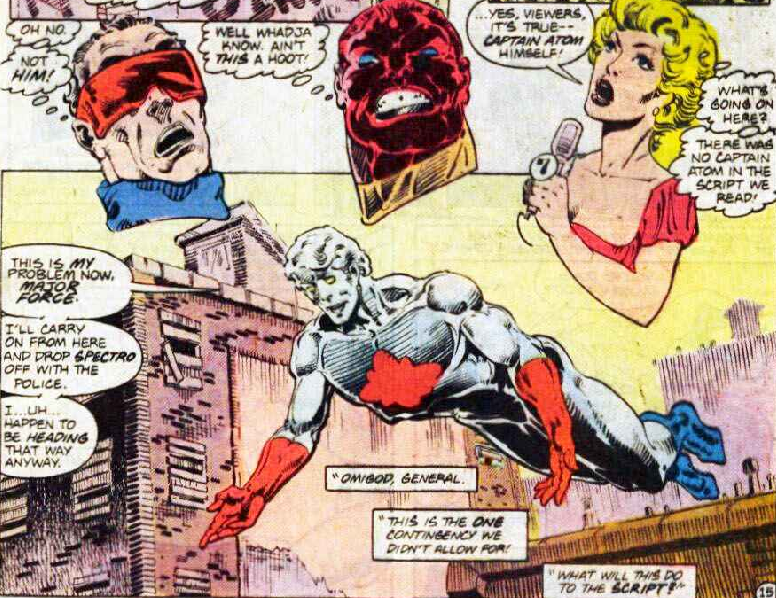 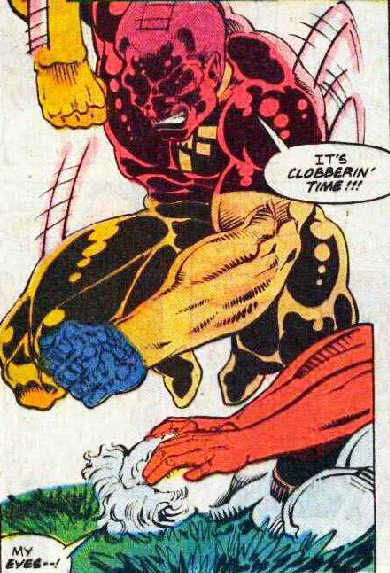 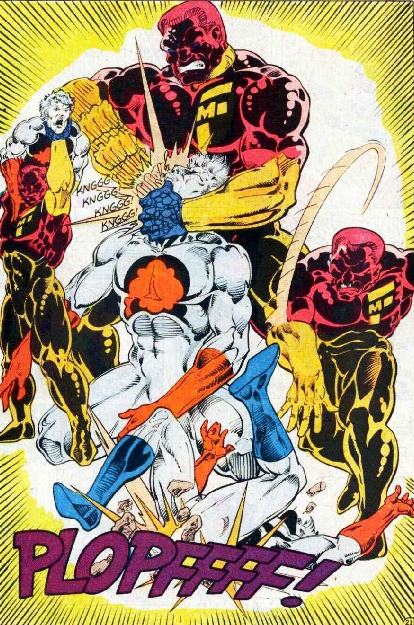 This has been on my mind for a while.  Well, for years it has been in the back of my mind, but for the past three years I’ve come back to it a lot.

In the mid-to-late-80s, my brothers and I got into comic books.  As I’ve documented before, I had a love of Green Lantern, Jonah Hex, and Captain Atom (DC Comics).  My younger brother Jonathan read Solo Avengers featuring Hawkeye (Marvel Comics), and Batman (DC Comics).  But my older brother Chris leaned more towards less “mainstream” publishers and had a fondness for Airboy (Eclipse Comics) and the Star Blazers comic series (Comico), but he did like DC Comics’ The Question; I don’t think either of us was aware at first that The Question and Captain Atom were old Charlton characters.  Eventually, Chris and Jonathan stopped buying comics, but I kept it up – off and on – for the rest of my life.

Early on in DC’s Captain Atom run, Chris pointed out to me that the Peter Schilling version of “Major Tom” could very well be the story of Nathaniel Adam.  The song always brought to mind Cap’s origin story for him.  Today I listened to that song and really thought about it.  Chris’ theory was solid. 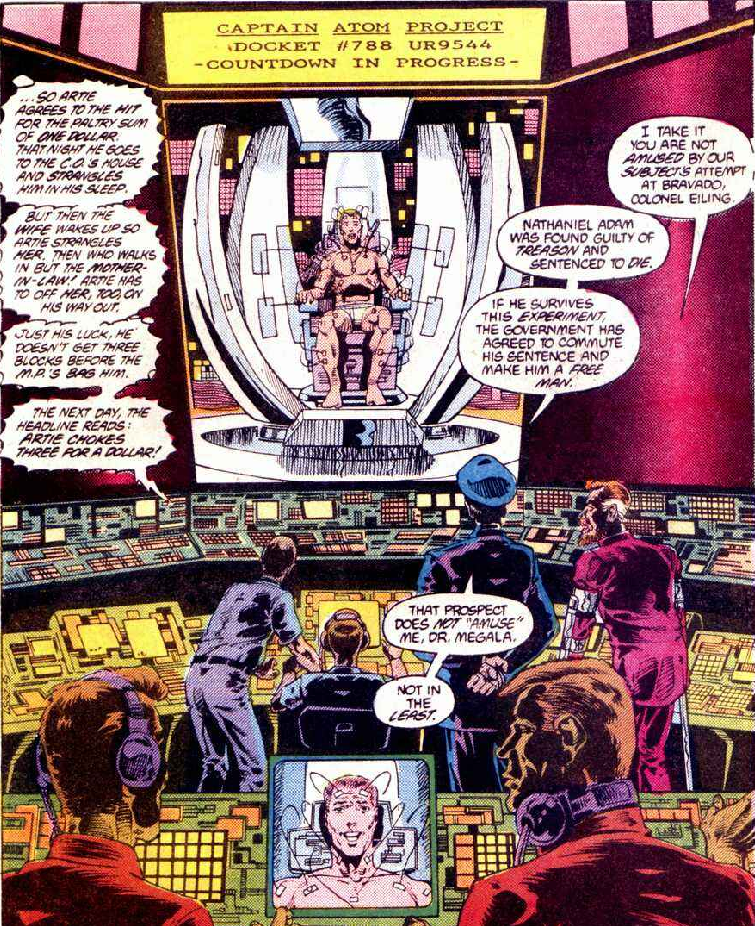 Standing there alone
The ship is waiting
All systems are go
“Are you sure?”
Control is not convinced
But the computer
Has the evidence
No need to abort
The countdown starts

Nate is strapped into the Silver Nemesis “capsule” with a nuclear device under his butt.  The countdown has begun.  Nate isn’t sure about this experiment, but knows it may be the only way he can put behind him the crime he was convicted of and get back home.  Major Tom is not strapped to a nuclear missile, but is in a rocket to be launched into orbit.  He, too, has his doubts but the countdown goes on.

Watching in a trance
The crew is certain
Nothing left to chance
All is working
Trying to relax
Up in the capsule
“Send me up a drink.”
Jokes Major Tom
The count goes on… 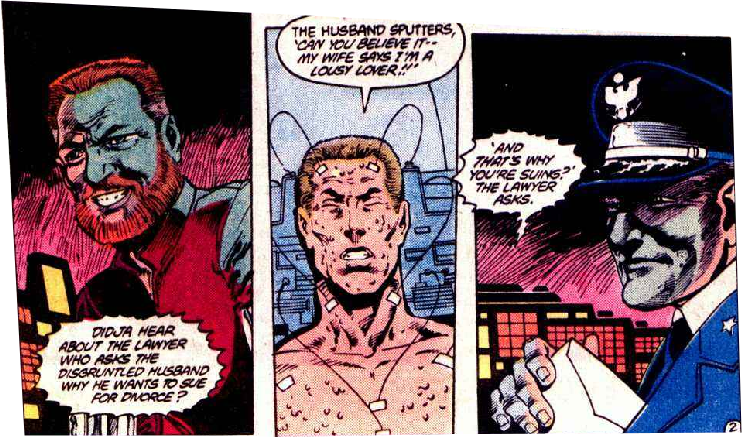 Second stage is cut
We’re now in orbit
Stabilizers up
Runnning perfect
Starting to collect
Requested data
“What will it affect
When all is done?”
Thinks Major Tom

Back at ground control
There is a problem
“Go to rockets full.”
Not responding
“Hello Major Tom
Are you receiving?
Turn the thrusters on
We’re standing by.”
There’s no reply

Across the stratosphere
A final message:
“Give my wife my love.”
Then nothing more 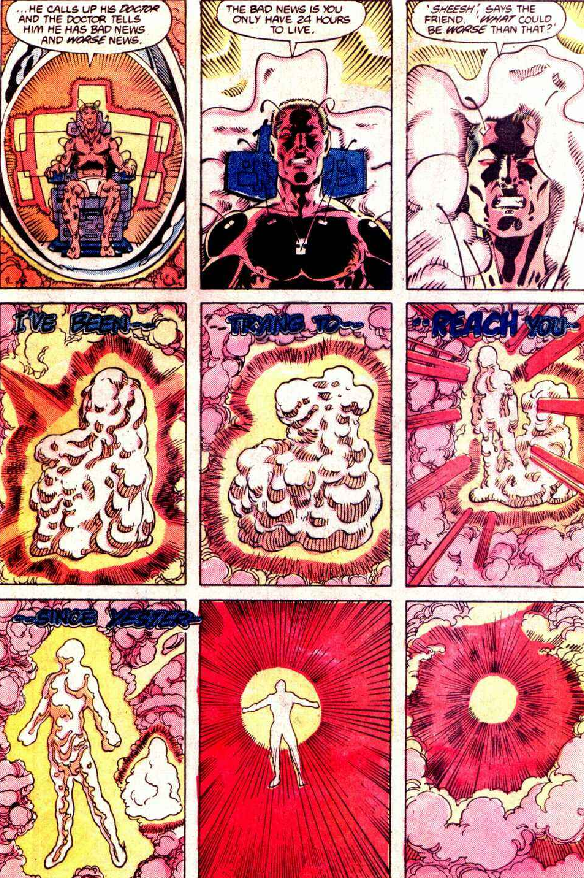 Major Tom’s final message before contact is lost is, “Give my wife my love.”  The last thing Nate thinks of before they lose him is his wife and kids.  Before he goes on cracking jokes, he reminds Eiling that the Colonel promised to give Angela a letter if he died.  Eiling, of course, threw the letter away.  Major Tom’s people presumably actually did pass his message on.  He then goes on with his “trying to reach you since yesterday” joke before being (apparently) vaporized.

Far beneath the ship
The world is mourning
They don’t realize
He’s alive
No one understands
But Major Tom sees
“Now the light commands
This is my home
I’m coming home.”

Major Tom appears to have died.  His family and friends back home mourn him.  But he didn’t die just then.  He seems to have died some time after Ground Control lost contact with him.  But he does die, eventually.  He never comes home.

Nathaniel Adam appears to have died.  His family and friends back home mourn him.  But he didn’t die just then.  He was propelled through the quantum field to the same point in space, 18 years into his own future.  He did come home.

Although I enjoyed this song for many years, I never really paid much attention to the lyrics.  Until today, I never checked to see if Chris was right.  He usually was.

Chris died on February 20, 2011.  He was 41 years old.  I’d like to be able to say something poetic.  That he is out there with Major Tom or something.  But I honestly don’t know how much thought he gave that song after he noticed the Captain Atom paralels.  The song has always reminded me of my brother and Captain Atom.  I guess I felt like I should mention it here on my Captain Atom blog (a blog that I started after his death but I know if he was around he’d read my entries – and correct my grammar and spelling).

“Major Tom (Coming Home)” was on the Peter Schilling album “Error in the System,” released by Elektra Records (in the U.S.) in 1983 and WEA Records (in Germany) in 1982.  It made it to number one on the music charts in Austria, Canada, Germany, and Switzerland, and made it to number 14 on the Billboard Hot 100 in the United States.  The song can be purchased on iTunes for $0.99 (U.S.).